We traveled down from freezing New York to sunny Miami Beach for Art Basel.  Yes I do love art, but let’s admit that the real purpose of the trip was to have fun and meet interesting people. Isn’t that the whole purpose of life is? Correct me if I am wrong… I believe it is…. The day I arrived to Miami, I pretty much went from the airport to a party. Art Basel in Miami Beach is the biggest party week in the whole year of Miami. Many of the rich and famous descend here to enjoy the party scene or buy art. It happened before that I ran into Adrian Brody on the street during Art Basel in Miami. Also, it is the art show is the best of the Art Shows in Miami and most likely it is one of the best ones in the World.  Art Basel Miami

I dropped off my luggage and went to meet my friends in a little casual dress for a coffee and from there we went straight to Tommy Hilfiger’s Party. We fooled around in the photo both, took some silly photos. There was Tommy Hilfiger surrounded by a couple of top models. Art Basel Miami events are top notch. Some of the wealthiest people in Miami throw parties in their homes and invite the most beautiful people in town. The next party of the night was on Star Island at Thomas Kramer’s insane villa. It was my first time at an insane villa party like that. As we were driving in, we saw many Bentley’s and Ferraris. Art Basel in Miami was very memorable, as I attended some of the best parties of my life during this weekend. 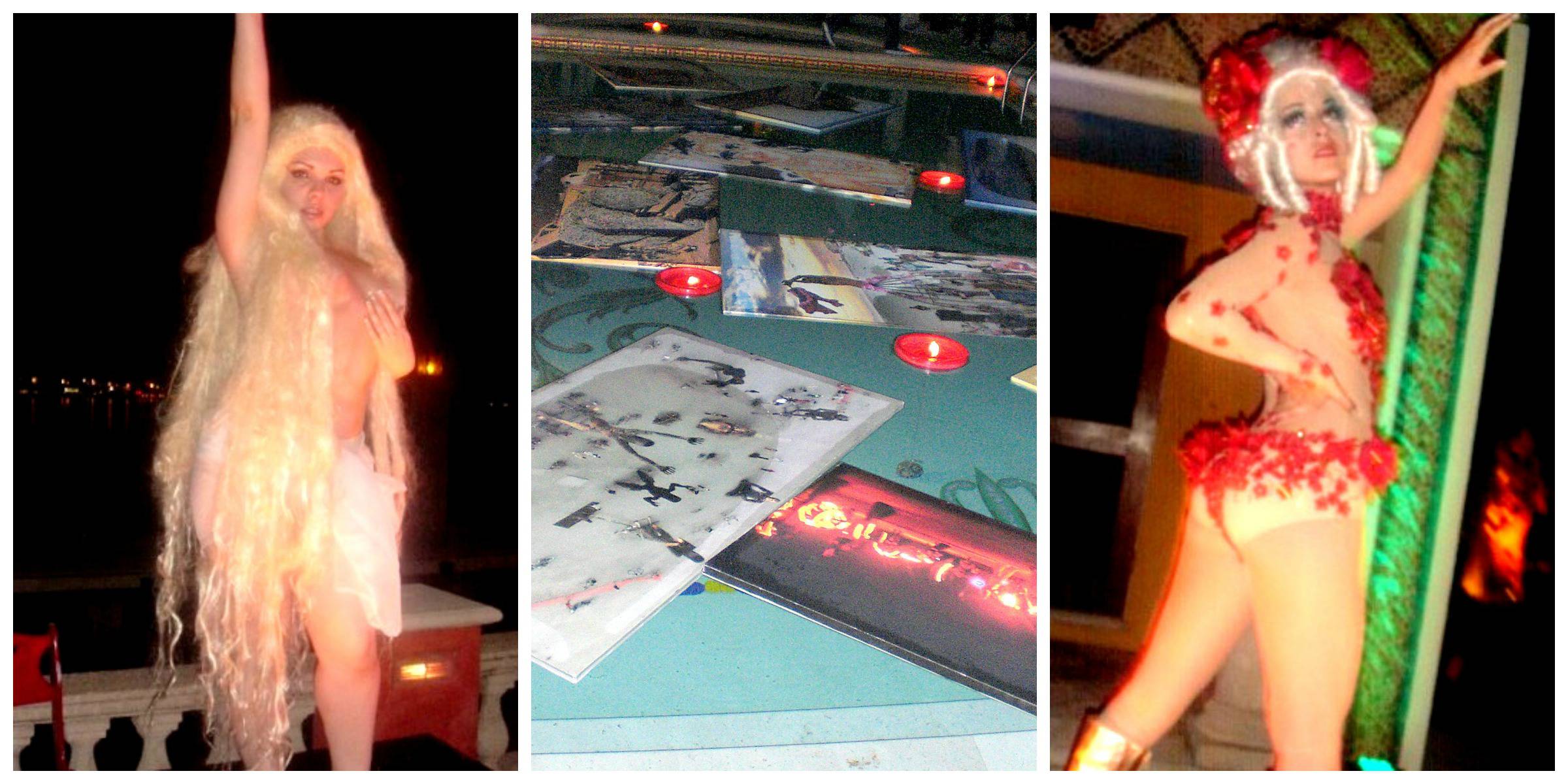 Everyone had to have her face painted at the door. It was an amazing artsy party with some of the sexiest most beautiful people in Miami. The swimming pool was full of art works and candles. There were lots of food and champagne at the party. The dancers were mostly topless or only slightly dressed. I am confident that this party was the best party I had ever been up to that point in my life. There must have been around 300 people in the garden of the villa. I met some interesting characters such as Jason Itzler, whose pick up line was: “Are your boobs real or feak?” He was bragging me that he was the king of all pimps in New York and he had run the highest paid prostitution ring in New York. He also told me he went to jail for it. He was a short smiley guy. He was actually fun, but really crazy. The next day we met again and he gave me the book that was written by his highest paid prostitute, who went to jail with him. I read the book later on, it was an interesting piece of work. Kramer’s party was a beautiful and unforgettable experience.

The Art of Art Basel in Miami

Next day we visited the art fair, as well as the Cartier Dome. Art galleries in Miami show case some of the best art pieces. Artist from all over the World display their art during Art Basel week. The selection of art is really amazing. 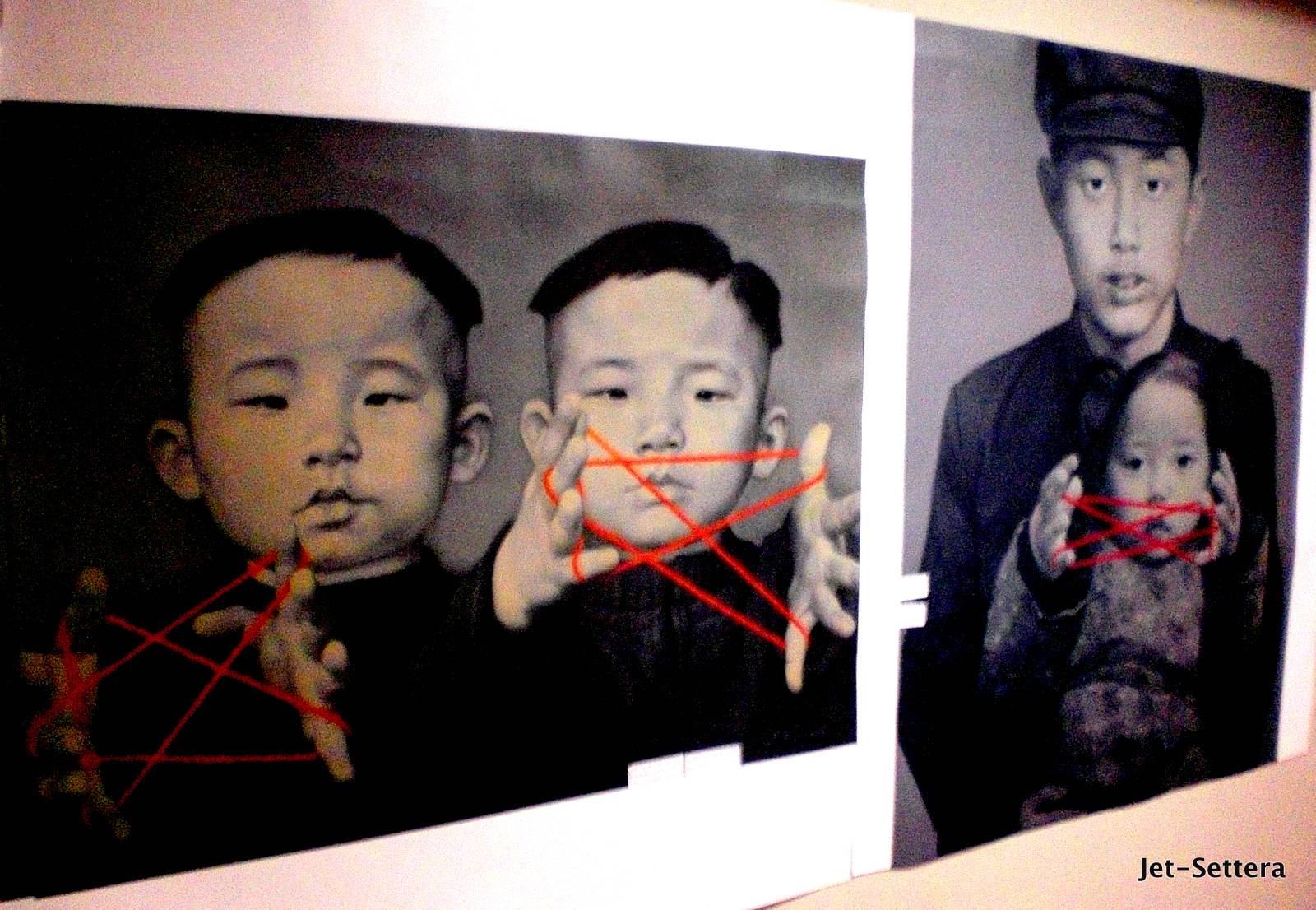 I really loved all the modern and pop art of the art fair. Some really expensive diamond jewellery was on display at the Cartier Dome.

Everything was behind glasses. I kept running into these bald elderly twins, who were dressed in funky dresses all the time. I believe they are frequent visitors of art events, as I later saw them at the art fair in Basel in Switzerland as well. 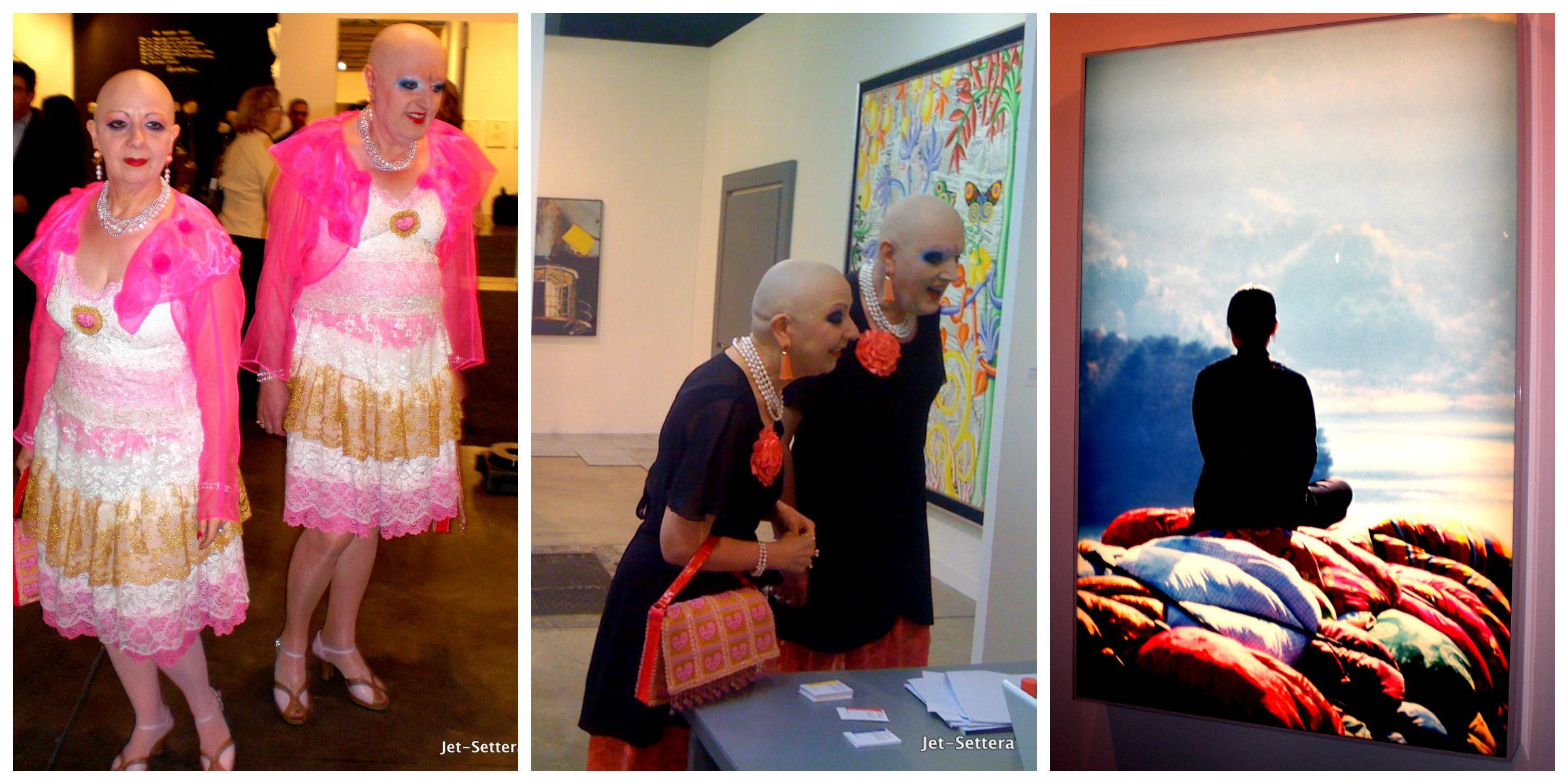 At night we went to LIV because Pamela Anderson had a party there. She was there with her young boyfriend in a green dress. 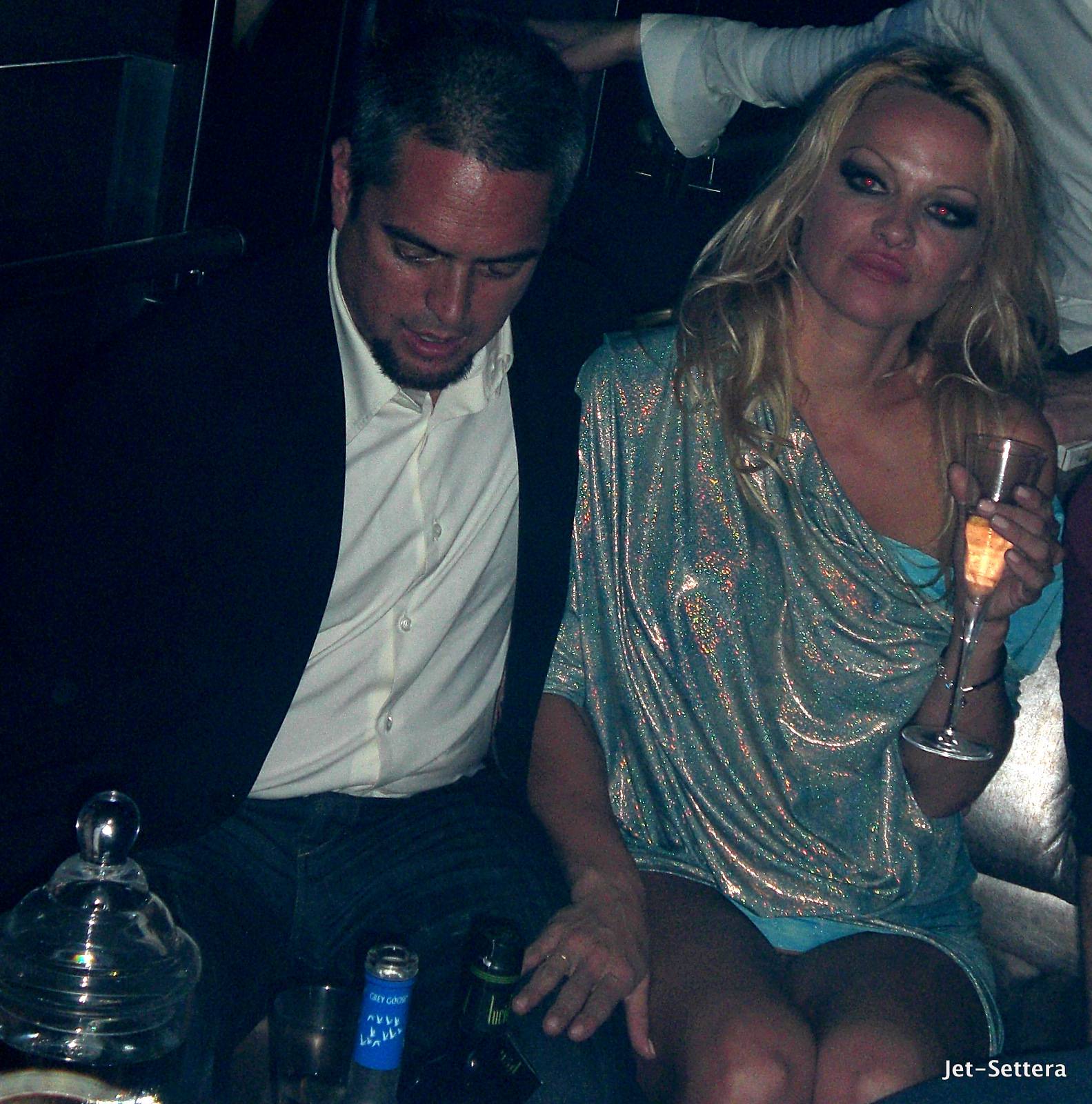 We spent the Sunday by the pool on Sunday at the Delano. Delano has an infinity pool. It is the longest pool in Miami. Around the pool there are cabinas, where people hang out and drink champagne and eat. At night we had dinner at the restaurant of the Setai Hotel. They served some delicious Thai food. Later on we partied the night away at the nightclub called SET. It was an amazing long weekend in Miami, full of great parties. We had a beautiful lunch on Ocean Boulevard the next day, before heading back to the Winter in New York. Miami Beach Art Basel is definitely the best week in Miami both for art lovers and for party animals as well.

Me at Art Basel Miami 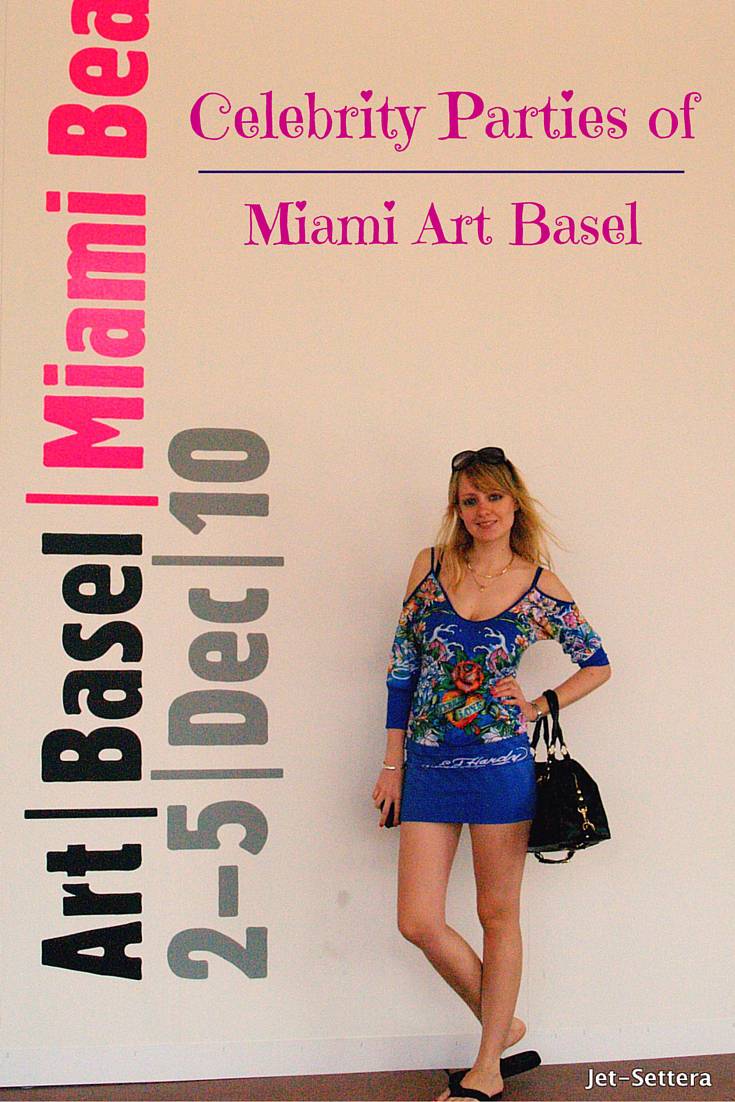