Best Things to Do in Hanoi, Sapa and Halong Bay in Vietnam

Vietnam was a complete disappointment. It is an ultimately sketchy place where they try to rip off on every corner if you are white. Only about 1% of the population speaks English here, so employees of my hotel would not speak English, neither the tour guides. When you arrive to Hanoi and you try to book trips to go to places around here, they will sell you everything and tell you that everything is first class and five star and later you find out, that they booked the cheapest of everything for you and they took a huge cut of the money you paid them. All the tourists were complaining on the trips, but nobody cared about it. It was quite an adventure for sure, because you never knew what came next. So Vietnam was a total scam. I saw some unbelievably beautiful things while I was here, but I don’t know if it was worth all the drama that a tourist has to go through to be honest. Best Things to Do in Hanoi

Read more about Mindful Travel in Vietnam by the My Five Acres Blog.

Best Things to Do in Hanoi

Best Things to Do in Hanoi

Hanoi the capital of Vietnam is a very crazy, dirty, poor and polluted city. I arrived here late at night and the place was totally intimidating. The buildings are falling apart and the streets are dirty. In Hanoi everybody has a motorcycle and you see hundreds of people riding their motorcycles (mostly without a helmet) and everyone is beeping all the time so the noise level is insane. Before I decided what to do in Hanoi, I had to get used all this. Once I was used to the traffic and the noise level, I made an attempt to go sightseeing, the town had some nice sites to see. I saw the Ho Chi Minh Mausoleum Complex. I particularly liked The Temple of Literature. Things to Do in Hanoi

There were many things to do Hanoi. I also went to the Vietnam Ethnology Museum. There you can see how people lived in huts a hundred or so years ago in Vietnam. Their small houses are preserved there. In the end I also found a giant Lenin statue in a park, reminded me of a the good old communist days in Hungary. There were so many things to see in Hanoi. I was a little overwhelmed by it all. things to do hanoi, things to see in hanoi, what to do in hanoi,

After spending a day in Hanoi, I felt like I saw enough of the city and had enough of the dirt and crazy noise level. So, I decided to pay for one of the Sapa trekking tours. Sapa tours from Hanoi were 2-3 days long. I took the over night train to Sapa.

The guy who booked the trip charged me for a first class train ticket and bought me the cheapest possible ticket. I got into the cabin and I saw that the cabin has 6 beds on three floors (instead of the usual 2 or 4 that we have in Europe.) This did not look like a first class cabin that I paid for at all, so I waited for my cabin mates, soon 5 non-English speaking Vietnamese arrived and they started blasting the Vietnamese radio.

Soon, I realized that these are the kind of compartments where the locals travel. The music was the icing on the cake, so I packed my stuff and left. I found the non-english speaking conductor of the train and bribed him with $20 to upgrade me to first class. I met an English guy in the compartment where I was supposed to initially stay and he was bitten by bugs all over him when he got off the train.

So I am sure the $20 I spent on bribing the conductor was the best investment of the trip. Sapa is only about 300km away from Hanoi, but it took the train 9 hours to get there. The train ride from Hanoi to Sapa was pretty pleasant afterwards. I could go on and on about the craziness of the whole trip, but in the end, the only thing I can do is to laugh at the whole thing and keep the nice memories. sapa vietnam, sapa things to do 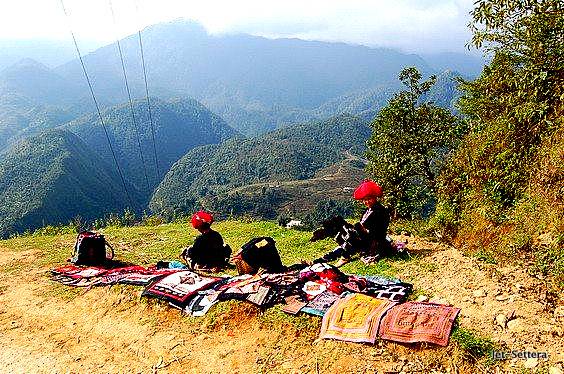 Tribes in Sapa – Things to Do in Hanoi

Sapa in December was a bit chilly, but it was unbelievably beautiful. There were many things to do in Sapa. On the first day we went to the Bac Ha market, where the locals tribes selling hand made things to tourists. They were all wearing their different colorful tribal outfits. We spent the day trekking around the mountains of Sapa and along the way we visited two more tribes. One tribe was wearing a black outfit the other one was wearing an enormous red thing on their head. The scenery was spectacular. We saw the rice terraces. It was also really amazing to see how these tribes lived in the mountains. They were really poor, but very nice people. The day was so lovely that it even made me forget about my horrific train ride up to the mountain the night before. Read more about hiking in Sapa.

After another day of hiking I took another night train to Hanoi. I had to upgrade my ticket again to first class. We arrived at 4:30am to Hanoi. The taxi driver of course overcharged me. What a surprise! I do not even get angry any more. When I arrived to the hotel I saw that the hotel staff was sleeping on the floor in the lobby. They told me to use the Internet until 7:30, because they wanted to sleep and they did not want to deal with checking me in. This would not even get me angry at this point. It is amazing how your tolerance level is adjusts when you are in a less developed country.

Vietnam is also the home of the World’s largest cave. Read more about the Hang Son Doong cave by fellow blogger Mike Still on LiveTravelTeach.

Halong Bay is a UNESCO World Heritage site. It is so beautiful. I took one of the Halong Bay cruises to visit the beautiful lime stone formations.
We spent two days on a boat cruising around Halong Bay, Vietnam. The scenery was stunning. We stopped and visited an enormous cave. It was so colourful and beautiful. Halong Bay was a truly romantic experience. From Hanoi to Halong Bay the journey was relaxing and enjoyable. The Halong Bay Tour was an overnight one. So we spent a night on the boat. Most Halong Bay tours last 2 or 3 days long. I spent the night hanging out with some Aussies on the boat deck. They were wasted and they were loud, but entertaining. It ended up being a pretty crazy and messy night. At one point, the entire table was covered with beer.

We stopped by to visit the Halong Bay caves next day and we ended up kayaking as well. It was great fun! 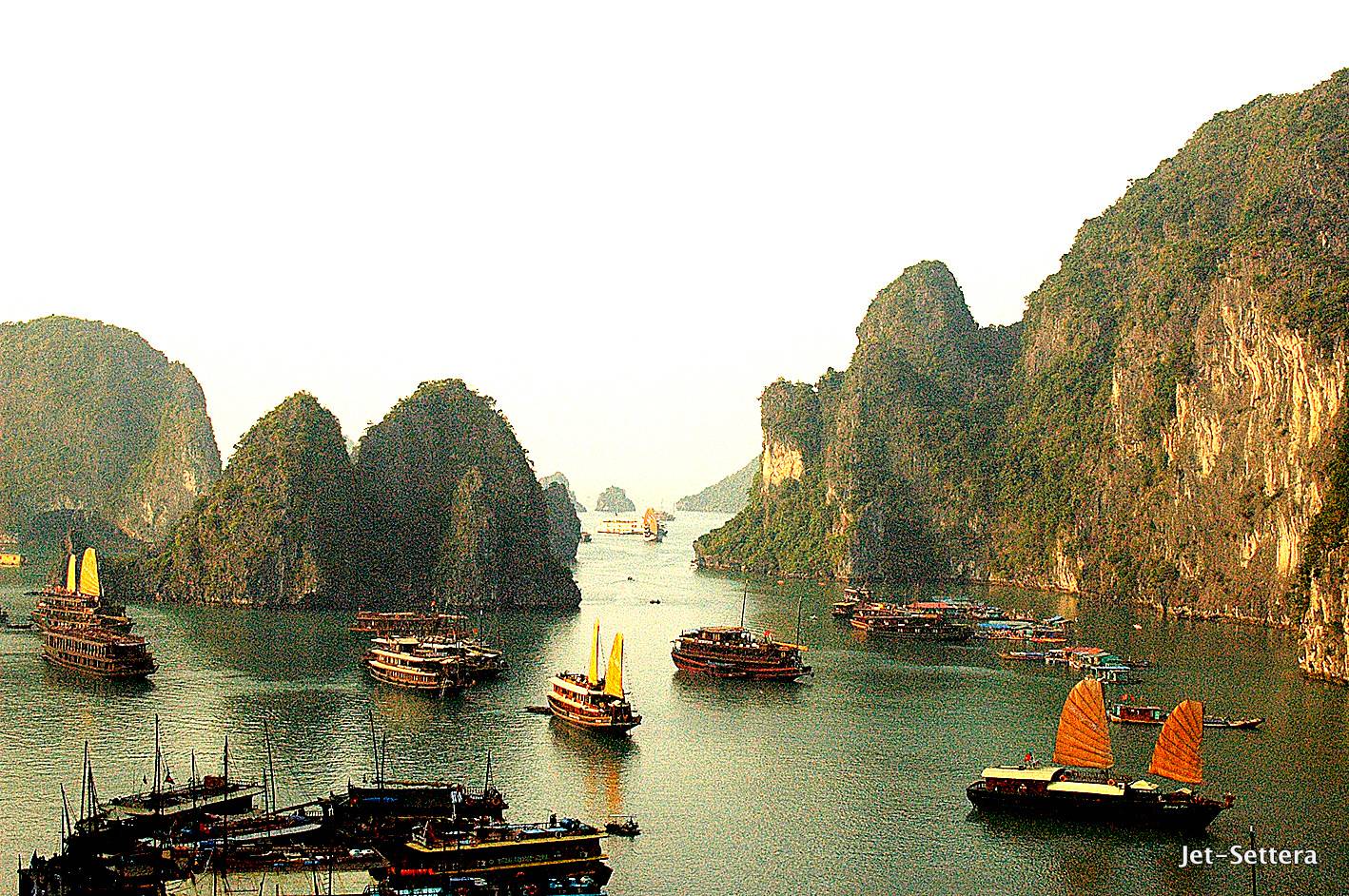 Halong Bay – Things to Do in Hanoi

I spent my last day in Vietnam visiting the Parfume Pagoda. It was another Chinese looking temple complex just outside of Hanoi. We also found a nice cave to visit and later we took the cable cars to the top of the mountain to see the view from up there. Overall, I saw many beautiful things in Vietnam, but the circumstances were so rough, that I was glad to depart for my next destination in Laos.  Sapa Vietnam 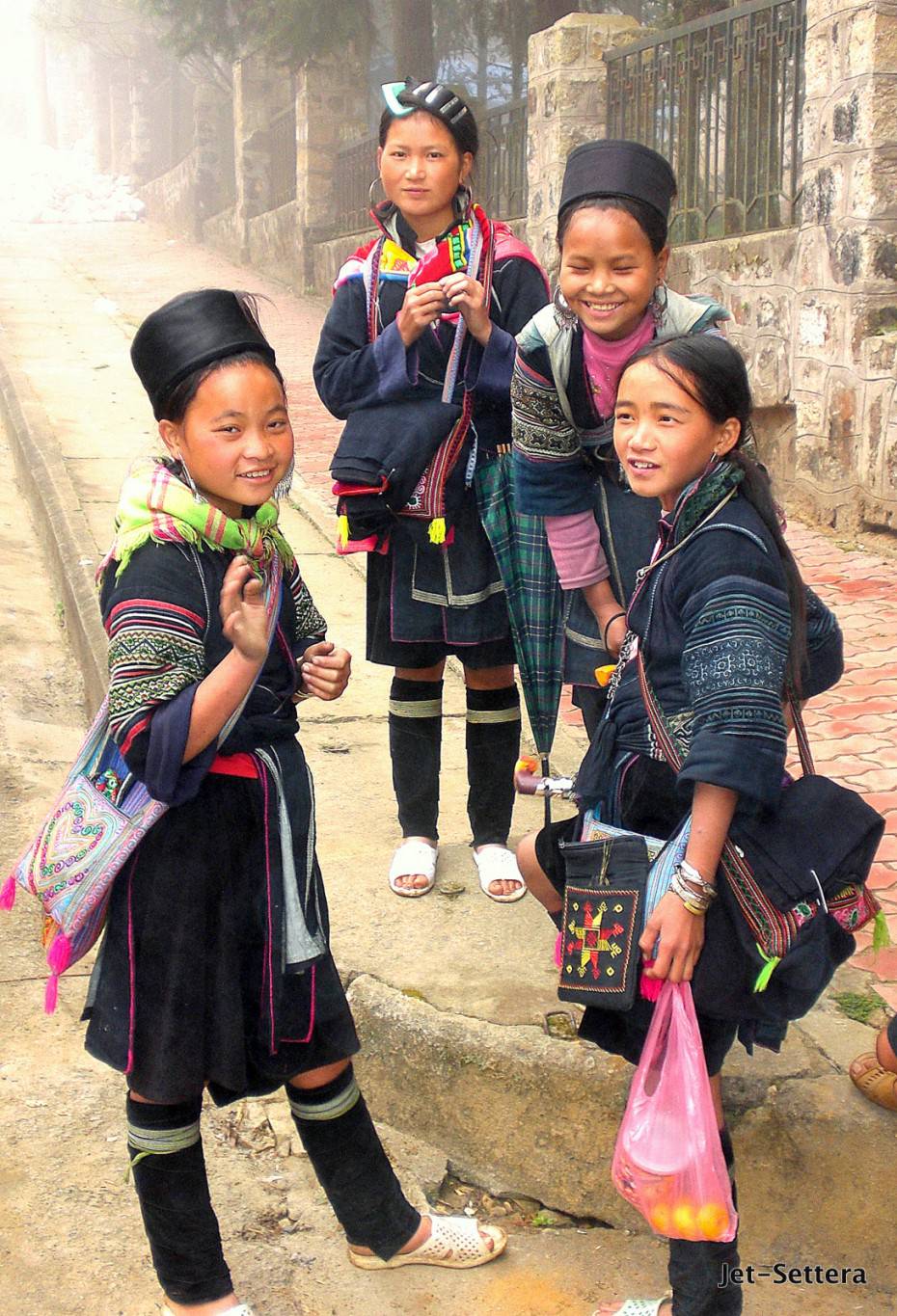 Kids in Sapa in Tribal Outfit – Things to Do in Hanoi 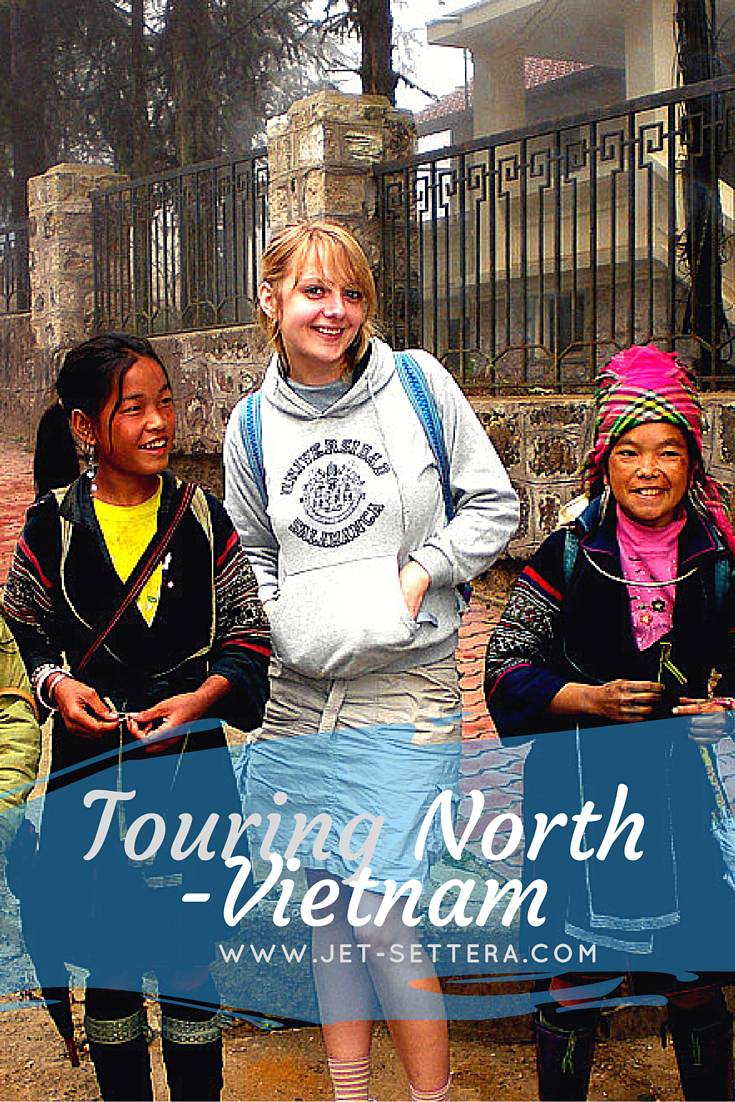