Life in Cuba Today Compared to 10 Years Ago 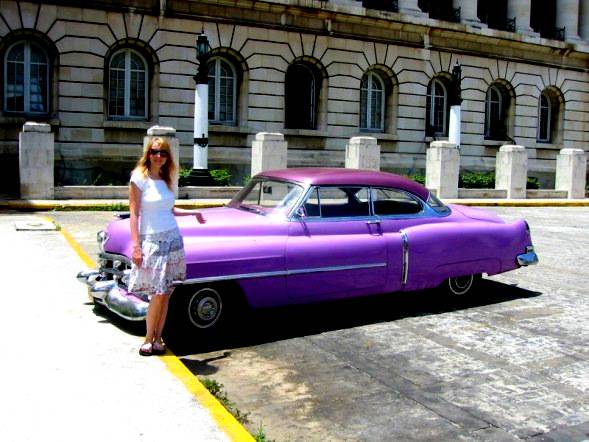 I visited Cuba in 2004 and in 2016. Life in Cuba was very different 12 years ago. There were very few tourists and you could sense the fear in people and you could witness what it was like living in real Communist dictatorship.

Read about art in Havanna.

We arrived to the Jose Marti International Airport in Havana, Cuba late in the evening on a hot Summer night in 2004 and the airport was deserted. There were only a couple of people who worked at the airport and a few drug sniffing dogs and us. After quickly getting through customs, we stepped out of the ran down airport, and there were no taxis. A local guy saw us wandering around in the dark looking for some kind of transportation and he offered to take us to Havana center for $40. We had no other options, but to accept it. We got into his battered jeep and were really intimidated as the driver was driving us through unlit roads while he was blasting the Cuban music.

We didnt know where this guy was going to take us in the middle of the night. We quickly arrived to Parque Central in the middle of Havana. We paid him the $40 and he disappeared in the dark. We were standing in the middle of the square with our luggage and we had no idea where we were going to sleep as all the hotels were full. We were told by the local guys on the street that we could stay at people’s houses in so called casa particulares. They told us to walk into dark streets in the middle of the night to go up to private houses and check out rooms. We were intimidated to walk around in the dark streets. There were stray dogs everywhere and lots of electric cables. The buildings were ran down. In the end we did walk into a couple of flats and we found a room. We were grossly overcharged again, as we had no idea how much the fair price was, but we were happy to have found a small room without air-conditioning. The locals who had helped us find the room asked us later for money and clothes. Soon we figured out that Cuba was one of the safest places in the World, as there was a policeman standing on every corner. Life in Cuba 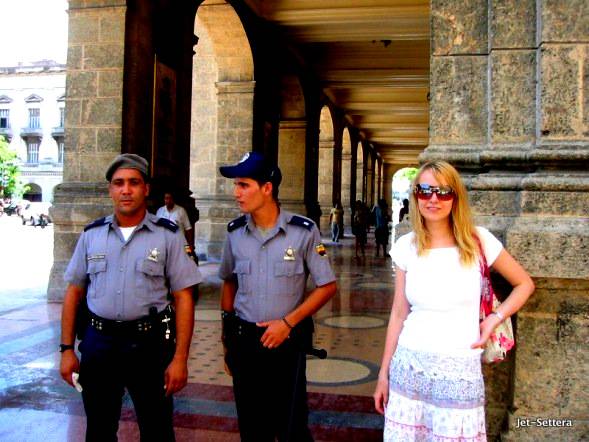 Read more about travel to Cuba by Surfing the Planet.

The police made sure locals were not talking to foreigners and were not asking them for money or goods. They also made sure that locals could not find out too much about the outside World. Sometimes we were approached by a few Cubans, but most people were afraid to talk to us. There were not too many tourists on the streets, except for a few European men running around with young Cuban girls. I was familiar with the concept of sex tourism from other Asian countries, but this was a bit different in Cuba, as my boyfriend was approached by a few local women even though he was with me.
Cuba was safe, but locals would beg for money everywhere. We found out that a doctor was making $20 a month and they had nothing to eat. The poverty was visible. Many people lived in ran down houses that had no windows. Most people hang out on the street all day.

Many old vintage cars on the roads looked like they were falling apart. A few touristy restaurants would play amazing Cuban music, although it was not common, because music was also banned by the Communist government. Locals and foreigners used different kind of currencies, as a result of this, foreigners paid about 10-20 times more for everything than the locals did. Every time we exchanged $1 we only got 80 cents back, because 20% was paid to the government. We were unable to shop at most local shops or markets with our currency. We had to shop in designated touristy shops or restaurants. Cuba was very cheap, but we were ripped off left and right by the locals and by the government, so we were annoyed, but on the other hand, we enjoyed every minute of this magical Caribbean Island. It felt like time had stopped 50 years earlier. The ATMs or Internet were unknown. Cuba was fascinating. It was dirt poor, but the people were gentle and kind. It was an unforgettable experience for me to experience what Cuba was like in 2004. Life in Cuba 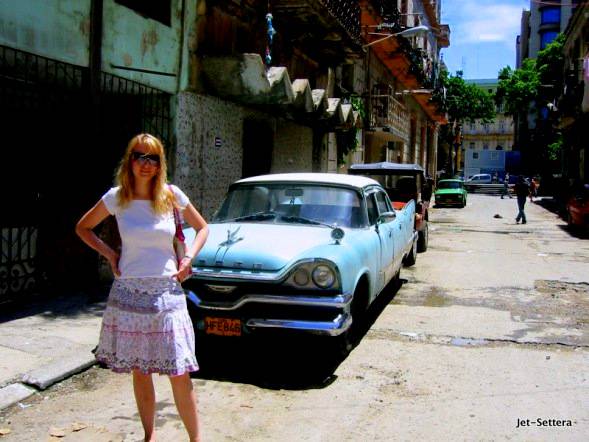 I arrived to the Jose Marti International Airport and I stood in line for at least an hour for passport control. After that I stood along with another hundreds of tourists at the baggage reclaim trying to collect my luggage. It was hot, and claustrophobic. As soon as I escaped the airport, I was approached by 10 taxi drivers who offered to take me to the city for $25 dollars. Everything seemed to be organized at this point, it was nothing like my first experience had been 10 years earlier. We got into an old Lada that dropped us off at Parque Central. I realized that some of the buildings were newly renovated and many were under renovation. Havana center looked like a whole new city. Large luxury hotels were being built everywhere. I saw a double decker bus full of tourists, then I saw guys sitting in the middle of the park with their laptops using the Internet. You could barely move from all the European and Canadian tourists. I set out to find accommodation and realized that in most buildings Cubans were offering rooms to rent. It became obvious that the local Cubans finally recognized that tourism is the only way they could make money, so everyone was renting rooms or driving taxis. 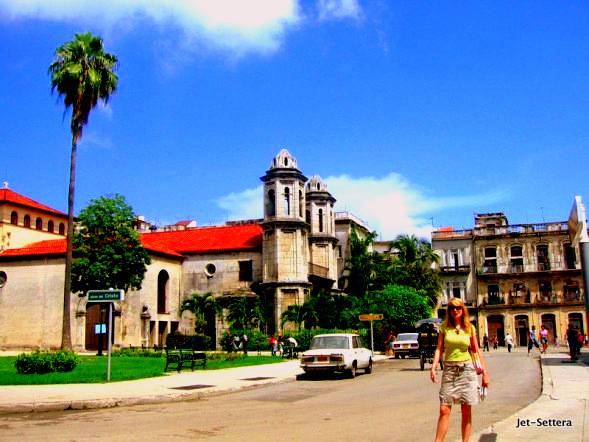 Havana – Life in Cuba Today Compared to 10 Years Ago

There were no more policemen on the streets, people were freely talking to the tourists. They were still asking for used cloths and soaps and other things, but not as desperately as they were 10 years earlier. Foreigners still had to use a different currency from the locals and they were still getting ripped off in most cases, but much less than 10 years earlier. Internet had become accessable for $2-$4 an hour at certain luxury hotels and public places. ATM cards also worked. Cubans were still really poor, but they were hopeful that tourism will help them achieve a better life and they were also hoping that American tourism would help their economy. Cubans were very kind and gentle. The country was still very underdeveloped and fascinating, but it had lost its authentic Communist charm. When I first visited Cuba, I felt like I flew 50 years back in time. This time, the whole thing felt a little bit like a Communist Disneyland in a Caribbean setting, where newly painted vintage cars were used to take Western tourists around the city for $50. Every restaurant was playing Cuban music now, while music was banned by the communist government back in the days. – Cuba Communist
Cuba has clearly gone through a fascinating transformation in the last 10 years. It is overcrowded with tourists and most locals try to profit from them. Many professionals opted for a job in tourism in order to make more money than $20 a month. If you think you will go to Cuba today and see what authentic Cuba was like under Fidel, you are wrong. Those times are gone. Today Cuba has transformed into a new kind of tourist attraction, where westerners can have all the comfort and benefits of this poor country by paying fairly high prices. What you see in Cuba today is somewhat far from the past, but it is still fascinating to discover this beautiful island and learn about its rich history and culture. Therefore, I encourage everyone to pay a visit there and I can promise, you will have an amazing experience.

What was your experience in Cuba? Leave a comment below!

Havana – Life in Cuba Today Compared to 10 Years Ago 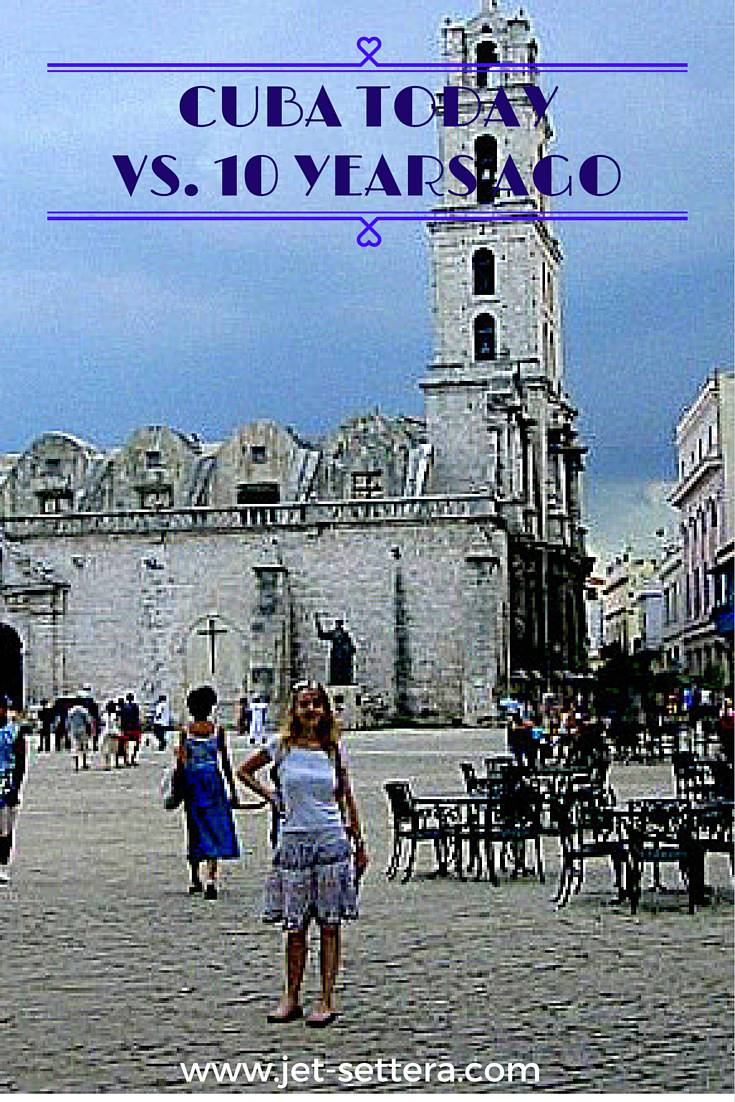 Cuba Today vs 10 Years Ago