We had another family trip to Croatia and Bosnia Herzegovina. My family organises holidays to Croatia for us every year and it is always an amazing experience to spend some time in this beautiful country. This time, it was another amazing road trip across Croatia. Travel to Croatia is fairly easy, as it is only a few hours from Budapest, where my family lives. In about 5 hours you can easily reach the Mediterranean. The closed beach is in Rijeka.

This time, we traveled further and started out the trip on the Makarska Riviera and stayed there by the beach for a week. Beaches in Croatia are stunning. The Makarska Riviera is one of the best places to visit in Croatia. First, we were wondering where to go in Croatia, but soon we realized we had endless options in this beautiful country to visit stunning beaches and historical sites. Some of the best places in Croatia are Makarska, Split, Hvar, Brac Islands and the Biokovo. Dubrovnik Croatia 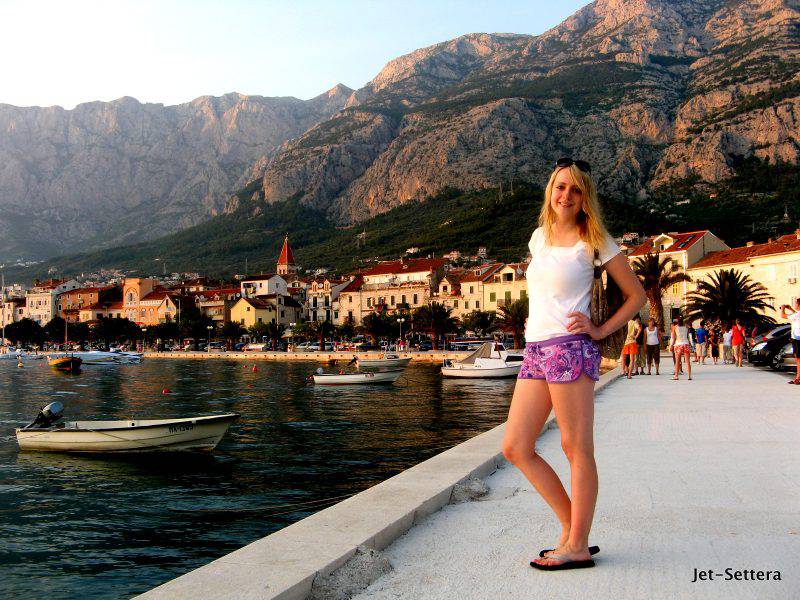 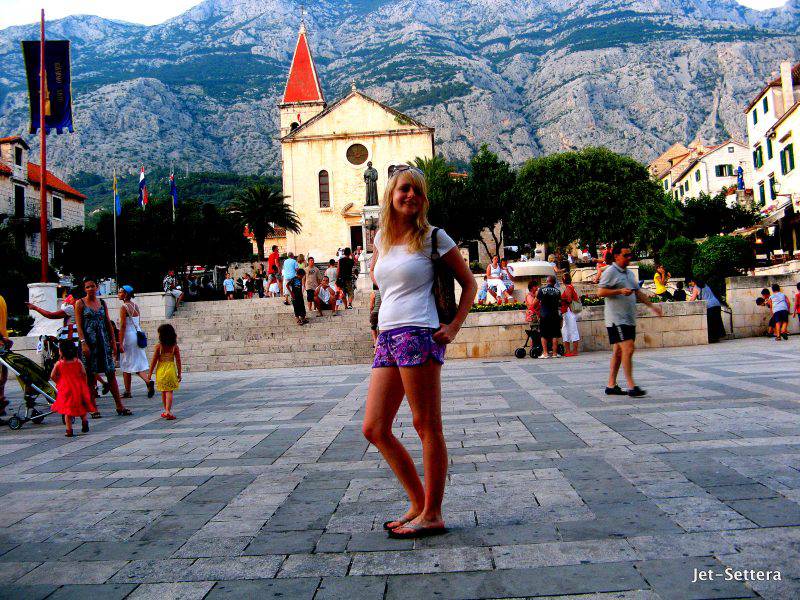 Places to Visit in Croatia – Biokovo

The sea is beautiful in Croatia, however the water is a bit cold and it is best to wear sandals in the sea because there are rocks on the bottom of the sea as opposed to sand and one can hurt her feet. Makarska Riviera was very special, because there was not only a beautiful beach but also some beautiful mountains in the background. There are many things to do in Makarska. This beautiful coastal town stretches along the Mediterranean Sea.

The Biokovo, behind the Malarska Riviera, is the second highest mountain in Croatia. One day my dad and I made an attempt to hike it. We were half way up, when I decided to turn back. It was a very difficult hike. There were absolutely nobody else on the mountain. I was sometimes crawling on my knees and was pulling myself upwards using our arms. It was certainly a very tiring hike. We hiked upwards for about 5 hours and downwards for about 2. I was dead by the end of the day. I couldn’t believe when my dad went for a swim afterwards. I couldn’t even get up and walk I was so tired. Dubrovnik Croatia

Makarska Riviera had a nice port where we would walk around at night and watched the people. All sorts of vendors were selling stuff so there were lots of people on the streets and these streets were very lively. Makarska was one of the main Croatia points of interest.

One day we visited Split. It was such a beautiful city. There were many things to do in Split. The city reminded me of Cannes. We visited the palace of the Roman Emperor Diocletian. It s a UNESCO World Heritage sight. It was built in the 4th century, so it looked ancient. It was incredible to walk around those ruins. I felt like I was in Rome or Athens. There are many things to do in Split. It s a beautiful city with a long beachside promenade.Dubrovnik Croatia 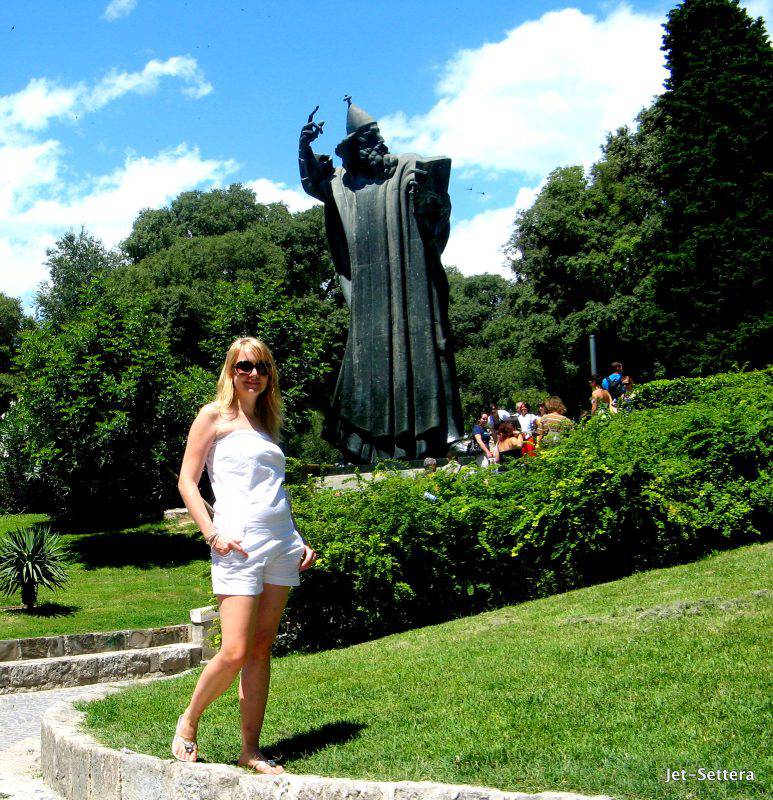 Split – Places to Visit in Croatia 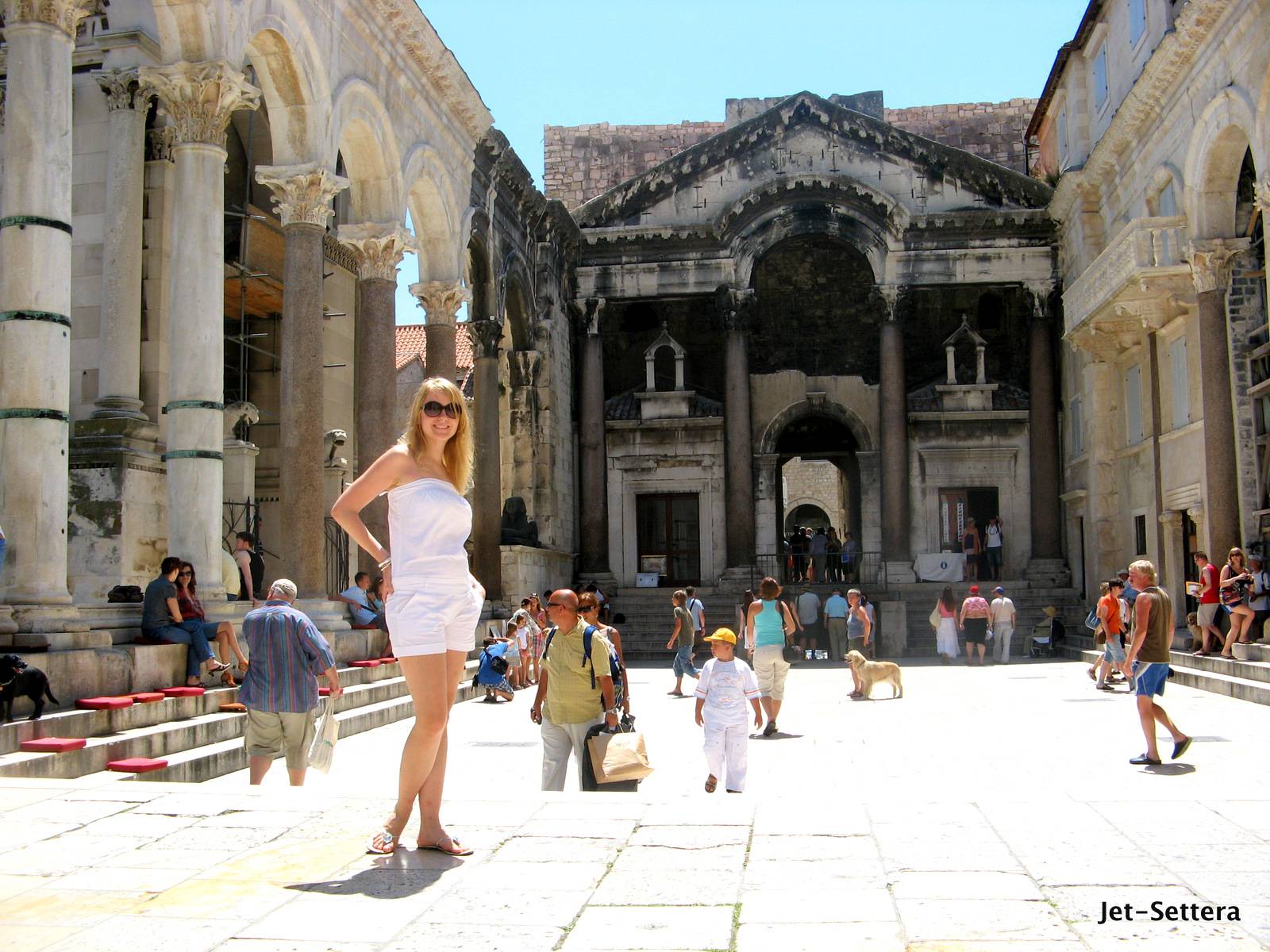 Ancient Palace of Diocletian in Split

Another day we drove to Dubrovnik. In Croatia driving around is a bit scary as you always drive next to the cliff on the side of the mountains and it s so scary to look down. So I let my dad drive. I was way too scared. Dubrovnik is one of the most beautiful cities in Europe in my opinion. There are many things to do in Dubrovnik, but it is possible to visit the city in a day. A big fort surrounds the whole city and you have a feeling you are in Italy when you look at the architecture and the streets. You could see that the city was an Italian sovereignty for a while. The city is a beautiful, historical town with beautiful old churches and buildings and small little alley ways. First, you may wonder what to do in Dubrovnik as there are so many attractions everywhere. The architecture makes you feel like you are in a very clean and quiet Italian city. It s actually really fabulous. Dubrovnik Croatia 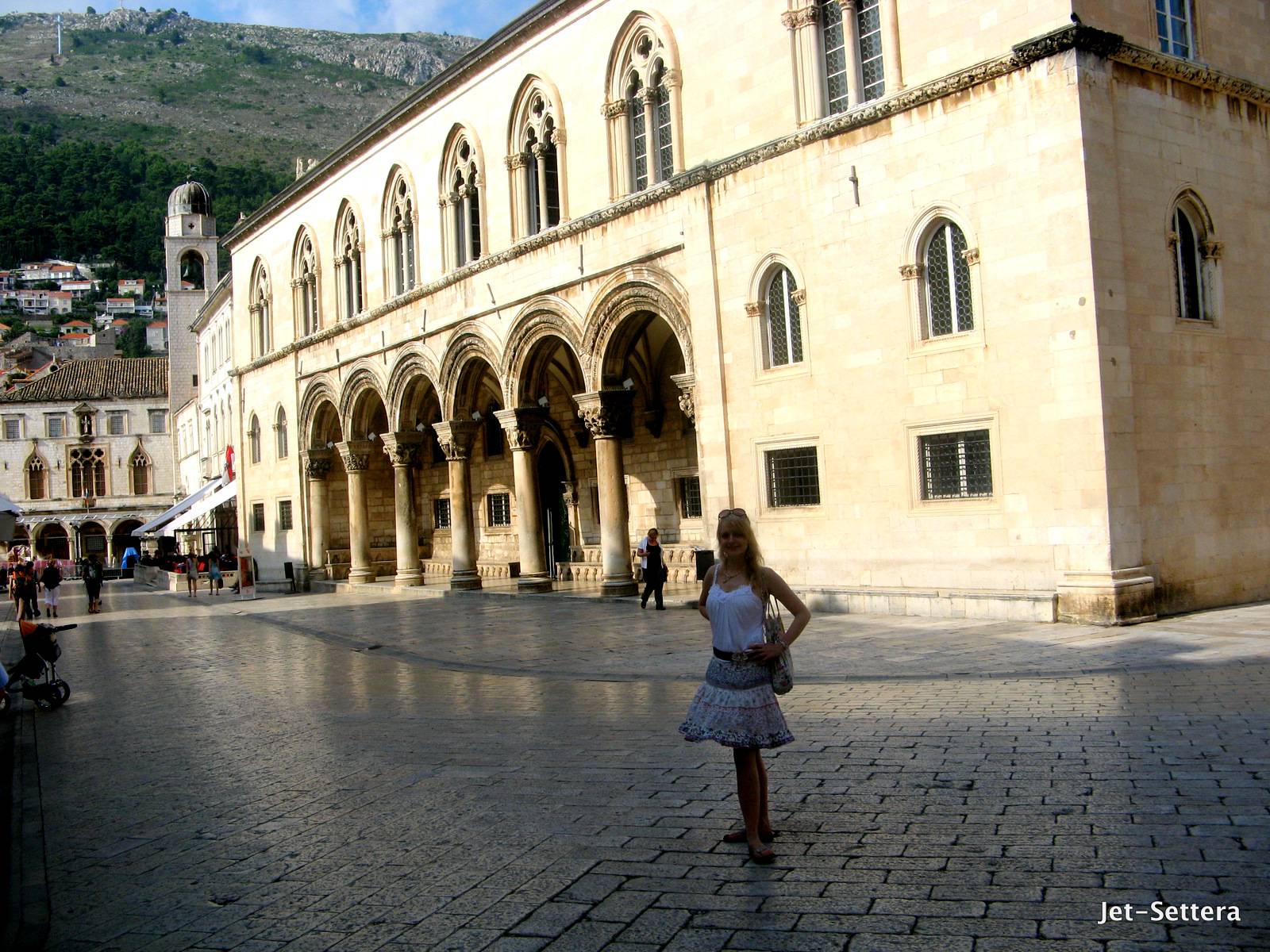 There are more things to do in Croatia on its beautiful islands. So on our last day, we hopped on a boat to visit the islands of Hvar and Brac. Hvar is a famous party island. This time, we were not partying. We visited the island, the market, the church, walked around the centre. There are not many things to do in Hvar, as it is a little island, but it had a nice architecture. There was a pretty market going on during the day where they sold local artisanal goods. After lunch we got back on the boat and went to the next island Brac. Brac is famous for its crystal clear blue water and beautiful beaches. We spent the afternoon there swimming in this crystal clear water. There are not many things to do in Brac, besides swimming. It was such a beautiful day! On the way back to Makarska our boat turned into a big party boat. The islands of Croatia were beautiful, these are some of the best places to visit in Croatia. The music was pumping and many people were dancing on the boat. It was great fun. I loved Croatia. I do think it is one of the most beautiful countries in Europe. It is just as beautiful as Italy. 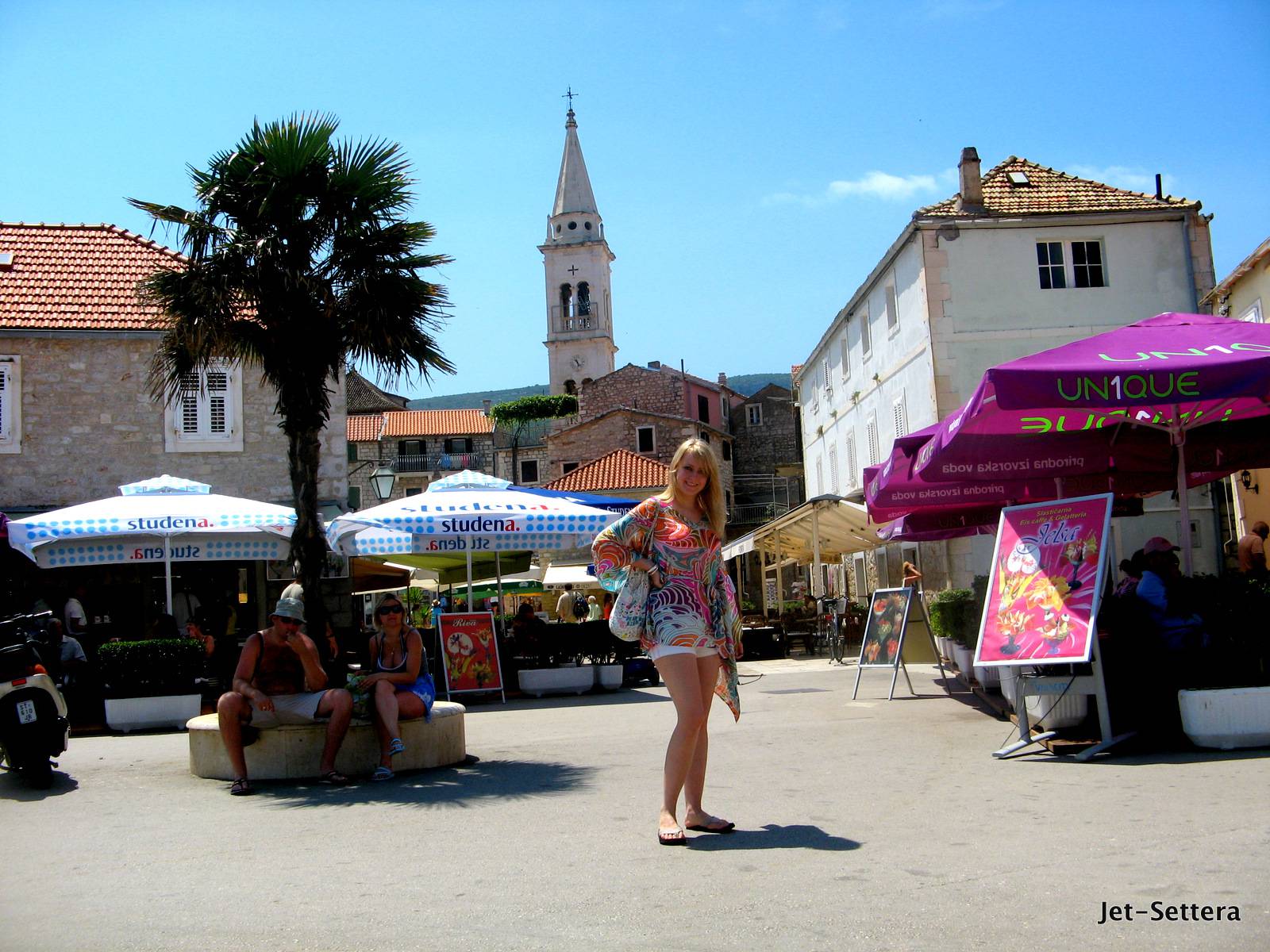 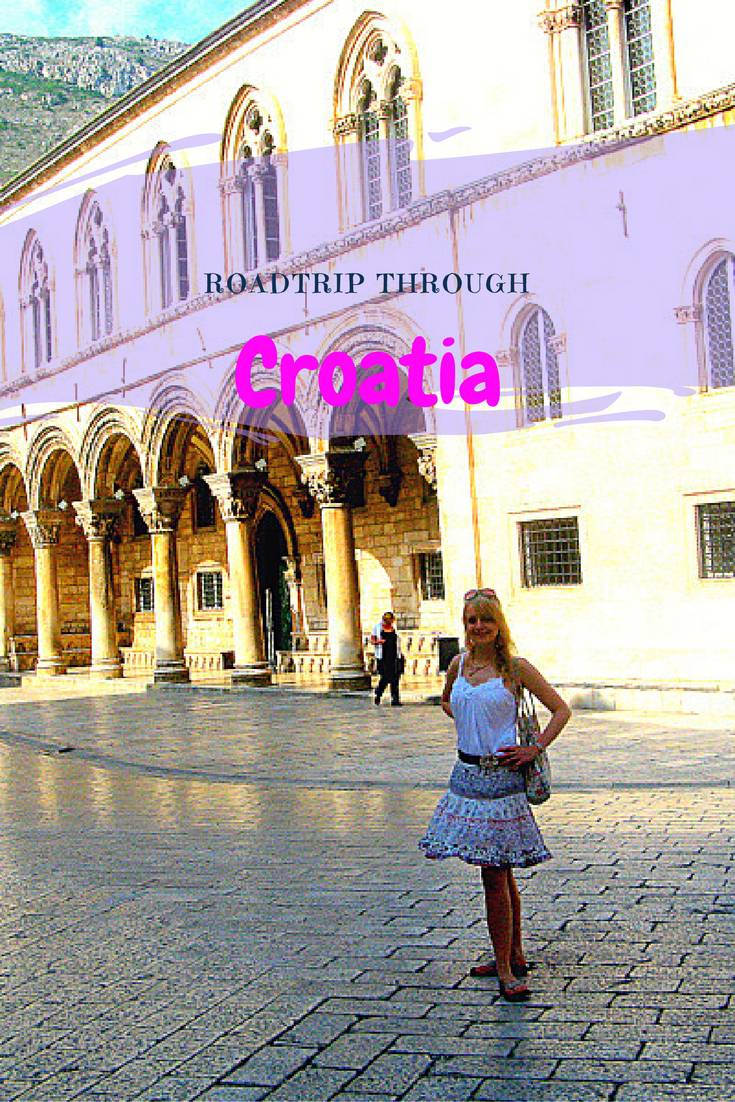