The Worst Day of Roger Federer’s Life in Wimbledon 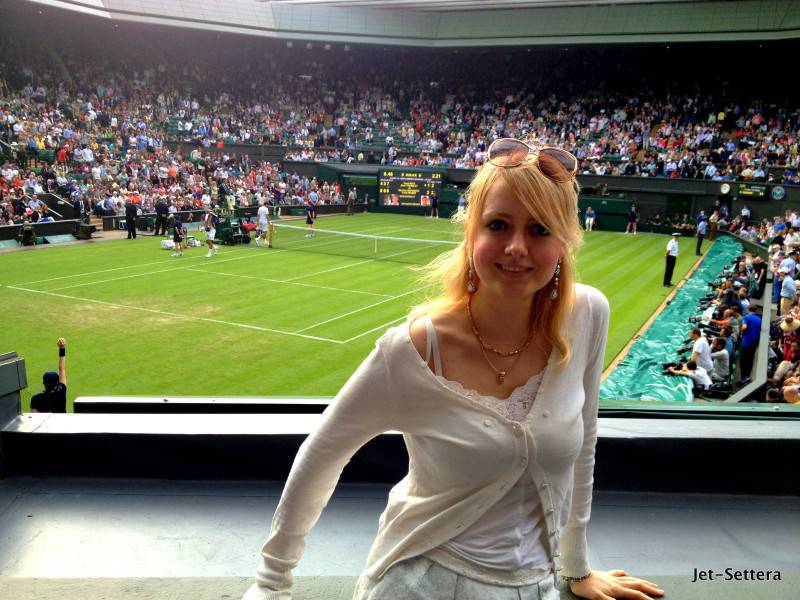 The tennis season in London kicked off again with the Aegon Championship at the Queen’s Club. It continued with the most famous and historical tennis championship in Wimbledon, where I was fortunate enough to witness Federer’s defeat in the second round. It was the biggest upset of the history of Wimbledon. My friend’s husband Sergiy was kind enough to give me some tickets for his games in the Queens Club and in Wimbledon. Roger Federer Wimbledon

First I watched Sergiy’s game in the Queens Club, then I watched Feliciano Lopez playing. I love Feli, he is the most handsome player of the ATP. Andy Murray was playing against Mahut. I was hoping Mahut would beat Murray like he did the year before in Queens Club, but this time Mahut lost, unfortunately. Because it was raining I spent much time in the player’s lounge, where I could see all the handsome tennis players. I saw Lukas Rosol, Juan Martin del Potro, Andy Murray with his girlfriend and mother. At one point, Kevin Spacey walked into the player’s lounge. I usually do not ask celebrities for photos but I absolutely love Kevin Spacey so I had to take a photo with him. 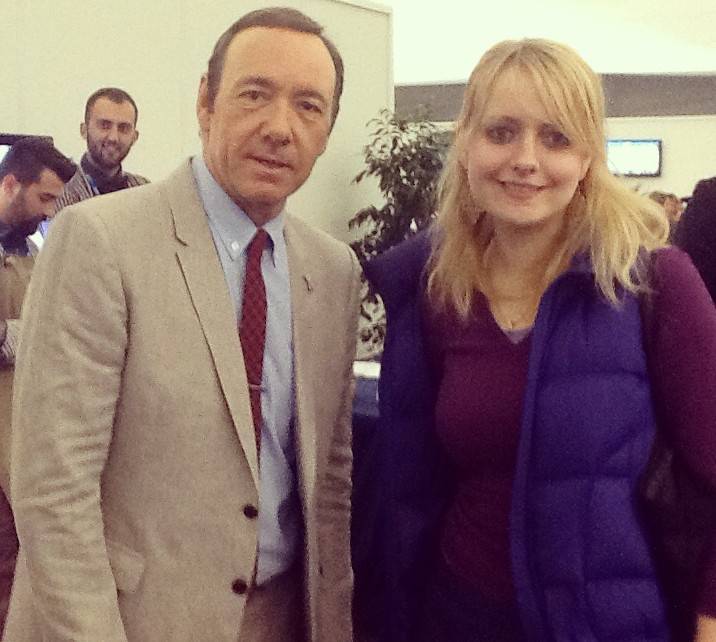 With Kevin Spacey in the Player’s Lounge

This made my day. On the way out I dropped by Maggie’s lounge. It looked all pink and funky. Overall I had an awesome day at the Queens Club. I saw all these tennis players in the lounge, I ran into Kevin Spacey. What more can you ask for?

I had exams that week, but I was not going to miss out on this game so I  got on the bus with all my notes from Oxford to London to go see Sergiy play against Federer. It is usually impossible to get tickets for Wimbledon, but because I was in good terms with the player, I could get my hand on one ticket. We were back at the Center Court players box again (just like last year, when I saw Karlovic playing). Watching a game from Wimbledon’s Centre Court is the best experience any tennis fan can wish for. This time, Sergiy was playing very well. The good thing about sitting in the centre court in Wimbledon is that we were sitting next to Federer’s wife Mirka. We could also spot a few B-list British celebrities in the crowd nearby. Last time I was in Wimbledon, Pippa Middleton was in the Royal Box, which right next to the player’s box. The Wimbledon tennis court is a great place to spot high-profile people. The game was exciting. Very large boards displayed the Wimbledon tennis scores. 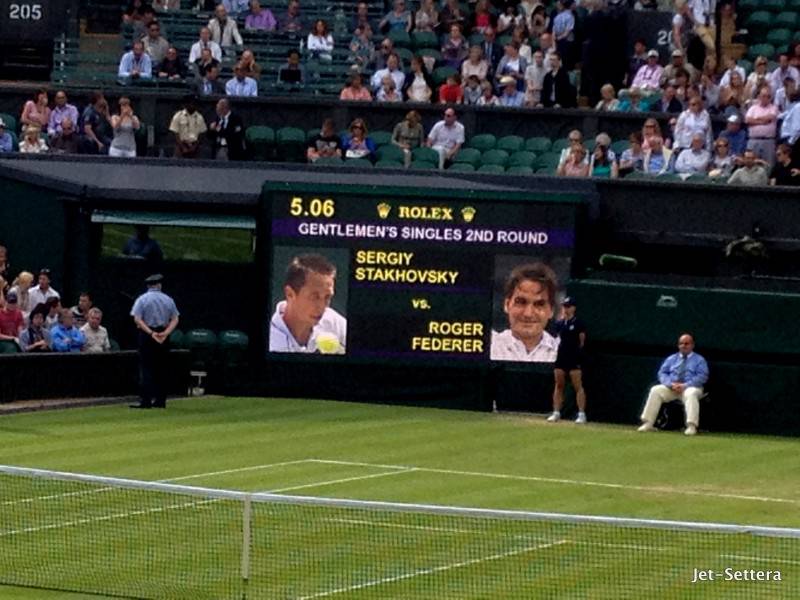 We did not think he would win the game, as Federer was the king of Wimbledon until that point, but in about 3,5 hours, Sergiy managed to beat him. I had such an amazing time today at Wimbledon. It is a moment I will never forget. Everyone in the player’s box was ecstatic. Federer’s wife left the player’s box crying. It must have been really devastating for her to see her husband lose. We were thrilled. This was probably the best moment of Sergiy’s career and we were so proud of him! I felt very lucky to be present in this historical game. We were hoping that Sergiy would make it to the Wimbledon Men’s final, but sadly he dropped out in the third round. He lost the battle by Juergen Melzer. 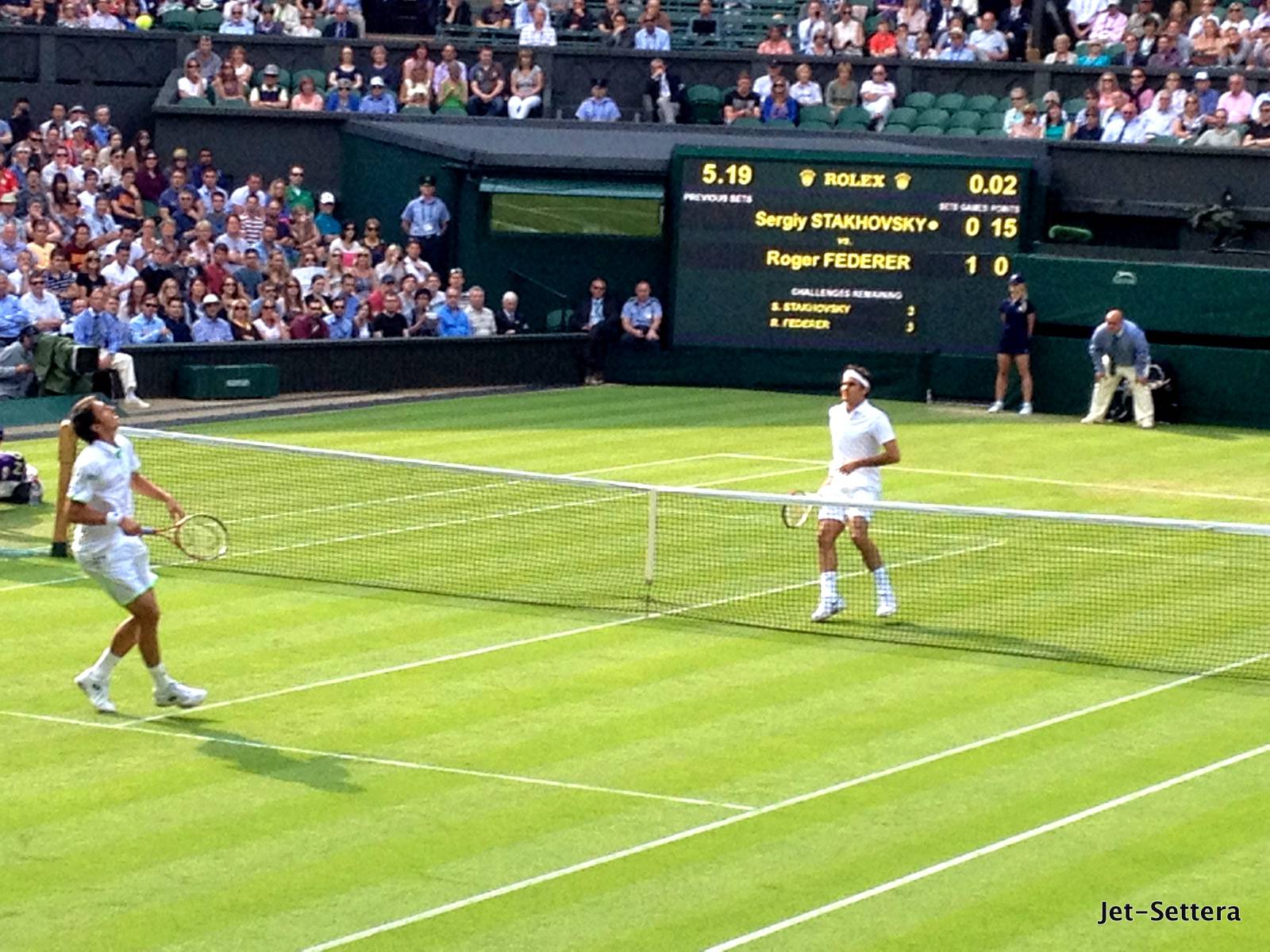 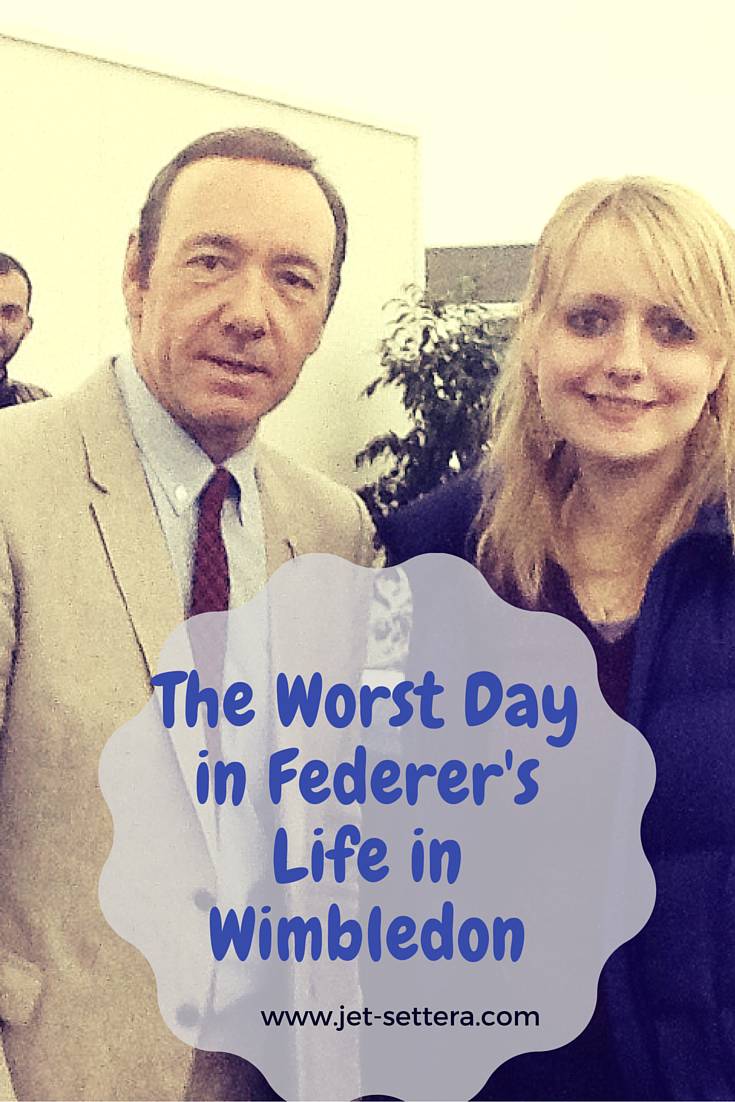