Things to Do in Bologna, an Underrated Gem of Northern Italy 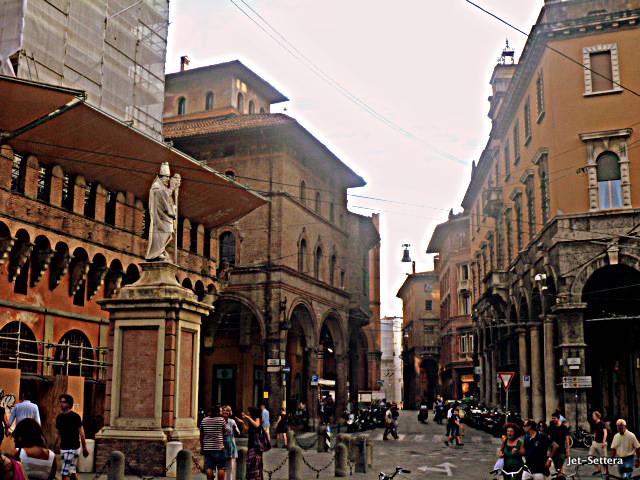 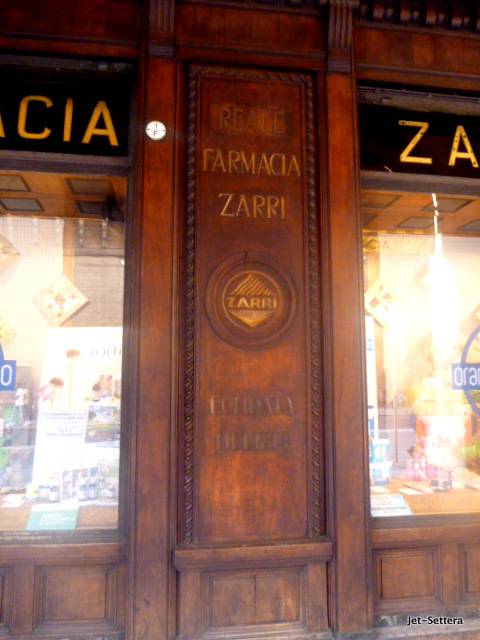 Things to Do in Bologna, Italy

I took the train from Verona to Bologna, the famous university town. Where is Bologna? You may ask me. The town is situated south-west of Venice. It is halfway between Venice and Florence. If you are heading down to Tuscany, you should stop and check out this underrated, beautiful city. I was absolutely in love with Bologna. Discovering beautiful Bologna was a wonderful experience. The architecture is very old and beautiful. All the buildings were built with brown bricks and the streets were covered with cobblestones. It feels a little like going back in time to the 16th century when you walk around the streets of Bologna.

There were many things to do in Bologna, which involved eating, partying, sightseeing and a lot of gelato. What is Bologna, you may wonder if you have never heard of this fabulous city? It is definitely one of the more famous destination cities of Italy, but you have surely heard of Spaghetti Bolognese, which originated from this charming medieval town. Bologna is in Emilia Romagna region. The most famous thing about this region is the food. Lots of tourists come here because it is a culinary destination.

Read about the gelato museum in Bologna here.

Things to Do in Bologna, Italy

Bologna is one of my favorite Italian cities. For some reason, Bologna was completely deserted on a Sunday morning, when I arrived. I am still not sure why. Perhaps people went to church? I was hoping to find some cheap accommodation in Bologna after I arrived, but I was surprised to see that the concept of cheap accommodation was non-existent in this city. All hotels I walked into were either full or way out of my budget. The first issue was that I barely saw any hotels. It was very frustrating to run around trying to find something. I do not think Bologna is a major tourist destination, given the few number of hotels I saw there. In the end, I sat down at the McDonald’s with my luggage and downloaded the Wikitravel app for Bologna on my phone. I highly recommend this app. It helped me in many countries and saved me from carrying around massive Lonely Planet books. I found a decent room in the city center thanks to the app. The only issue with the accommodation was the 11 pm curfew at the hotel. The curfew slightly interfered with my party plans. After checking into the hotel, I went around exploring the city. It was a fairly small city and I could quickly see everything. I never wondered for a second what to do in Bologna as I quickly made friends with some friendly local tourists, who pointed me to the best sites, restaurants and the best gelaterias. Bologna is one of the best places in Italy for gelato lovers. Some of the most famous gelato shops in the country are located here.

Things to Do In Bologna

What is Bologna in Italy known for? You may ask me. It is the home of the oldest university in Europe, it is a culinary destination and a beautiful historical town.

The town was magical. I felt like I flew back in time. I visited the oldest university in Bologna. The university was founded in 1088. Its beautiful library is called Archiginnasio. Then I started wondering what to see in Bologna, but I discovered the Torre Asinelli, the tallest tower of Bologna in the middle of the city. These two towers are the symbol of Bologna. I did not climb to the top, but you should if you have time and the energy to do it. There were many historical things to do in Bologna Italy. 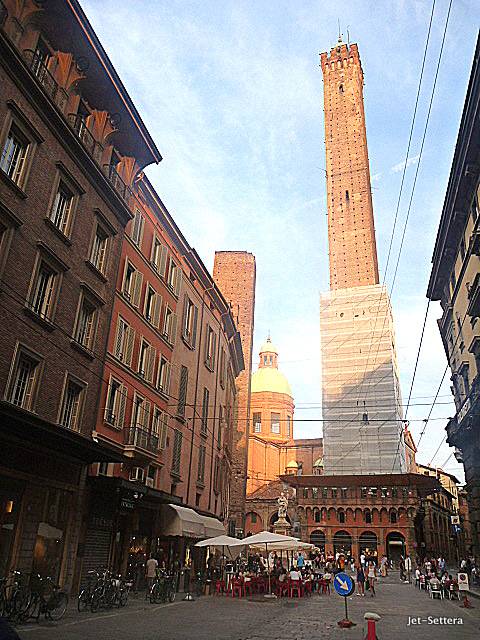 Piazza Santo Stefano was a beautiful square to discover in the center of Bologna. It was slightly intimate. The highlight of the city is the Bologna food market. It is a medieval market of Quadrilatero, where one can get souvenirs as well as local Italian foods like cold cuts, cheeses, pasta and local wine. There were a lot of interesting things to see in Bologna.

Bologna is famous for its food, as you all must have heard about Spaghetti Bolognese. As soon as I arrived, I had a Spaghetti Bolognese. Bologna is also famous for the best gelato. I had a list of all the best gelato places in my Wikitravel app and I went to visit all of them one after the other. They were selling some really interesting ice-cream flavors such as olive oil, ricotta, and Chianti. The food and the gelato were very delicious in Bologna. The town is also famous for cold cuts like mortadella and cheeses like parmeggiano as well as tortellini.

I did not see a single soul in the whole town all day, but at night people appeared everywhere. The town was packed with students and locals. Bologna is the home of the oldest university in Europe, therefore many students come here to study. The nightlife at night was great. The bars were packed with students. There were bands playing on the streets. Performers were playing on the main square on Piazza Maggiore. Suddenly everyone was out on the streets having fun. The city became very lively. I met some Italians and I went out with them. Unfortunately, I had to head home before 11 pm because of the curfew, but I had a wonderful time in Bologna. Sadly I had to depart back to London the next morning. Luckily there is now a small airport in Bologna and one can easily fly out of this fabulous city. If you don’t have a direct connection to your destination from Bologna, take the train from Bologna to Venice. These trains run hourly and it takes only about an hour and a half to reach Venice. The airports in Venice offer frequent flights to most destinations worldwide. 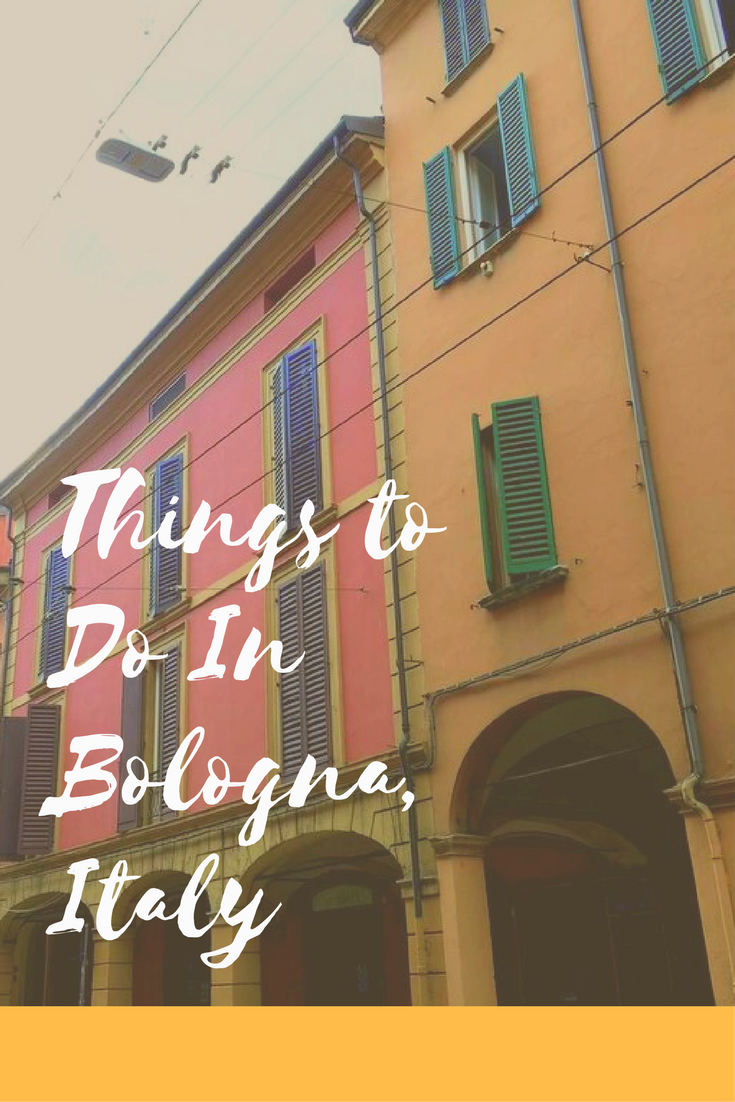 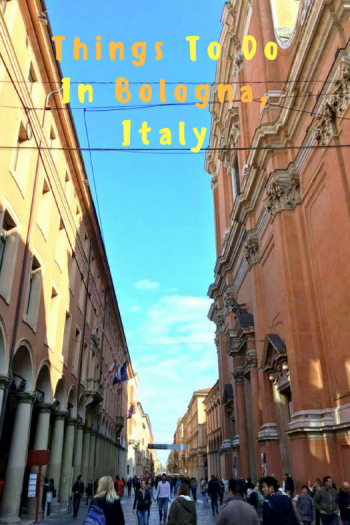