Romantic Things to Do In Cinque Terre & in Tuscany Some people may say that it is a crazy idea to set out on an adventure with a stranger, but my long weekend in Tuscany and Cinque Terre with a charming Austrian stranger is one of my best travel memories. This part of Italy is an ideal romantic destination for couples. There are many fun things to do in Cinque Terre & Tuscany for couples.

I woke up in the morning in my friend’s house by Lake Maggiore in the countryside of Italy. I am still not sure how I got the crazy idea to end up there after the Armani Night Club the night before in Milan. All I knew is that I had a date in Florence and I quickly had to make my way there to meet a guy. I managed to find a ride to the train station. I was in the smallest town you can imagine. I surely did not see anything of Lake Maggiore, but at that point, I only wanted to get to Florence to meet the guy, who was flying in from Vienna to meet up with me. I had met this guy in St-Tropez in July, where we spoke for about 5 minutes, we introduced ourselves and then we kept in touch on Facebook and we started corresponding. We decided to have our first date in Florence and have a road trip to Tuscany together. This was one of the most exciting most romantic plans I have ever made with a guy, so I was totally excited for the whole trip. Basically I was going on a romantic get-away with a stranger, but I love adventure, so knew this was going to be great fun!

I took a snail train from Lake Maggiore back to Milano, then from there, I hopped on a bullet train to Florence. The train was really awesome, it was speeding at 300km/hour all the way to Florence. I arrived around 4 pm in the afternoon, while my date was already there waiting for me.

After meeting up, we spent the afternoon walking around the city of Florence. We visited the Bridge Ponte Vecchio, the main squares, walked around the Duomo. We discovered the different statues of the streets of Florence, such as the famous Michelangelo statue. We discovered many churches as well. My date was charming and fun and we had a great time together. We also had a delicious dinner at a seafood restaurant along the river. 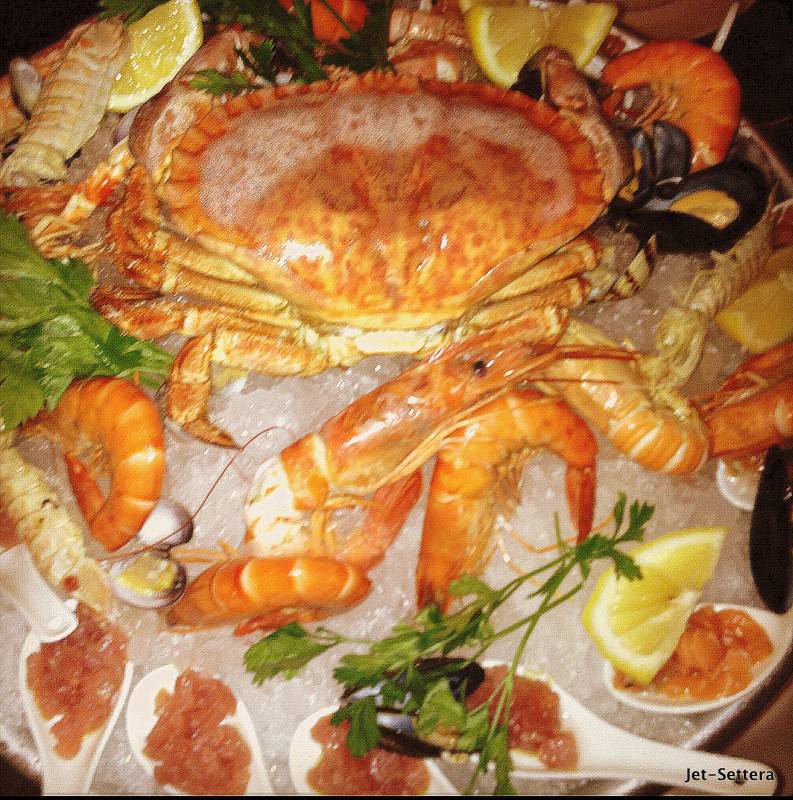 After dinner we went bar hopping and wanted to discover the night life of Florence. It was not very lively. We ended the night on the top of our hotel that had a great bar with a great view of the cathedral on the main square.

The next morning we woke up and climbed to the top of the cathedral in the middle of the main square of Florence. It was a big hike to climb up there I have to admit, however the scenery was spectacular from up there. We could see the whole city.

Check out the list of the best luxury hotels in Florence. After the big hike, we jumped into our rented Fiat 500 and took off to discover Tuscany.

If you want to read more about food in Florence, check out Europe Diaries.

Our first stop was in Siena. We got lost many times along the way as we had no GPS and the Italians are not very good with street signs, but we managed to find Siena in the end. It was a bit of a struggle to get around. Siena is a small city, but it is probably my favorite city in Italy. It is surrounded by a big wall and as soon as you go inside the city, you feel like you flew back 2000 years in time. The churches and the architecture were very similar to Florence, but everything was much tinier and prettier. It was like a small jewel. My favorite place in Siena was the main square which was a round shaped square surrounded by hundreds of year old buildings.

I could totally imagine how they had gladiator fights in the middle of the square 2000 years ago. The city was great, the company was wonderful, so I could not wish for more. When we went back to our car, a policeman was just about to get our car towed for parking in a place where we were not supposed to be parking. He released us once he saw we were back. We were lucky to get back just on time before he was gonna have our car towed because we would have been in trouble without a car.

Next stop was in Lucca. We got so lost along the way. It took us forever to get there, but we had fun trying to find the place. We got there in the late afternoon. Lucca was another typical Tuscan town surrounded by a wall. It was much larger than Siena but very similar. We visited a couple of more churches in Lucca. All these churches were built in exactly the same style as the temples in Siena and Florence. We walked around the city afterward as it was getting dark. The town was very pretty. We found the main square, discovered some bars along the way and then headed to our next destination to Pisa.

After driving for another hour or so, we had quite a hard time finding our hotel in Pisa. We were pretty tired and hungry by the time we got to the AC Hotel in Pisa. The hotel was nice and modern, but the location was not great as we were slightly far from the city center. We checked in and went straight to the best restaurant in Pisa. Bruno was a wonderful treat after a long and tiring day. We loved their cod carpaccio as well as the seafood platter which was served with apples and fruits. 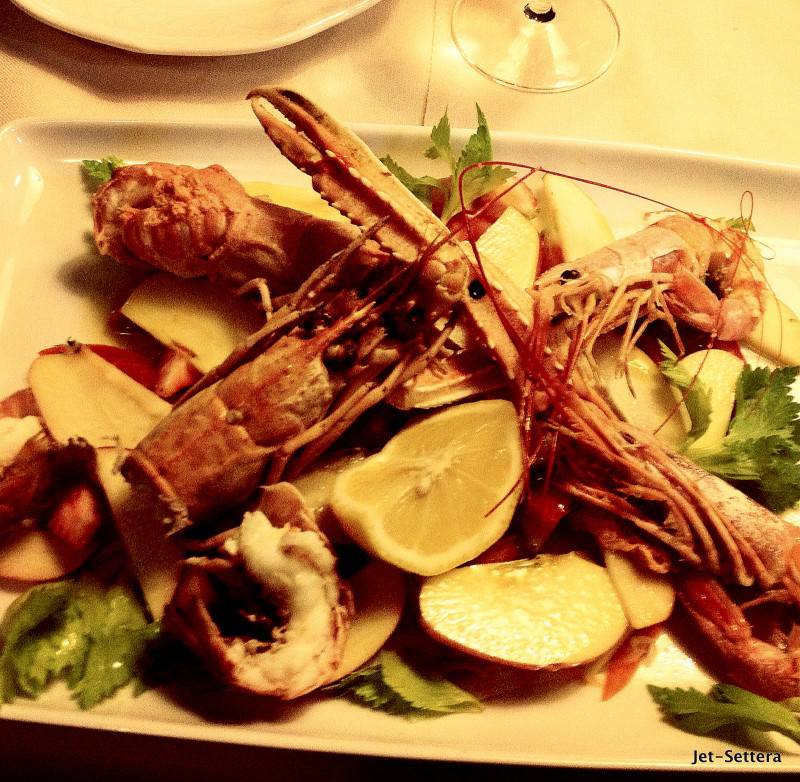 Dinner at Bruno in Pisa

My date had a really delicious spaghetti dish. We were so happy to have had some really great food. After dinner, we walked around the town to find the Leaning Tower of Pisa. We took some photos in the dark. Pisa was also surrounded by a massive wall and the architecture was very similar to what we had seen in many other cities on this trip. Pisa, however, was much livelier than the other cities we had visited. There were hundreds of students on the streets and everyone was drinking and having fun. Even after a very tiring day, we did not feel like going back to the hotel to sleep, we just wanted to keep going and enjoying the fun this great city had to offer. Before going to bed, we wanted to check how to get to Cinque Terre. We decided to drive to La Spezia and take the train from there.

Things to Do In Cinque Terre

The next morning we drove to La Spezia to take the train to Cinque Terre. We looked around in the city, but there were not many things to do in La Spezia. We continued getting lost, but by now, I knew how to ask for directions in Italian. Where is Cinque Terre? You may ask me. Cinque Terre is on the coast of the Italian Riviera in the Liguria region of Italy. The Cinque Terre National Park consists of five villages and located west of the city La Spezia. Getting to Cinque Terre was not easy, but we arrived around noon. First, we took the train to the furthest island and we slowly progressed backward from one island to the next. Weather in Cinque Terre was beautiful and sunny. It was a beautiful day on the coast. We actually got a fine on the train, because we did not validate our tickets, but we did not know we had to get it stamped before getting on the train. So if you ever take the train in Italy, make sure you get your ticket stamped before departure, so that you don’t get fined. I was trying to negotiate with the conductor and explained to him with my broken Italian and Spanish that we did not know we had to validate the ticket so he should not give us a fine, but he did not care. We started out by taking the train to the farthest and largest island, Monterosso. It was one of the more interesting towns in Cinque Terre. The Cinque Terre train station was a small station full of tourists. Trains were frequently running from the station. First, we were wondering what to do in Cinque Terre, because we didn’t want to swim, but then we realized that we could just walk around along the coast and enjoy the scenery. Things to Do in Cinque Terre, Italy

We had a delicious lunch there, walked around, took lots of beautiful photos. It was not hard in such a scenic place. Cinque Terre Italy Lunch – Things to Do in Cinque Terre, Italy Water – Things to Do in Cinque Terre, Italy

Then hopped on the train to the next island to Vernazza then we continued to Corniglia, Manarola and Riomaggiore. They were all very similar with its colorful houses and hilly landscapes. We wanted to make sure to see all five towns of Cinque Terre. Corniglia is the best town to stay in Cinque Terre. This town cannot be reached by boat. Visitors have to hike to reach Corniglia. This is the most mellow, unspoilt of all the villages. Things to Do in Cinque Terre, Italy

After the sun went down we headed back to Pisa. Our Cinque Terre day trip was very memorable. We head to make our way from Cinque Terre to Pisa, because the closest airport to Cinque Terre was in Pisa. We had another delicious dinner in Pisa. After dinner, we found a night market while we were walking around the city. They were selling food and some typical Tuscan goods, such as soaps. The city was full of students and everyone was getting drunk so we joined the locals. We had a really great fun on our last night in Tuscany. We went from one bar to the next, we made friends with the local students and drank with them. Overall it was a fun city and it was a great way to end another fantastic day in Tuscany with a sweet guy.

The next morning my date went back to Vienna and I took the train to Genoa to take a flight from there to London. I purposely booked my flight from there, because I wanted to visit that city as well. In the end, I did not see as much of the city as I would have liked to see, but I do think it is a very beautiful city and it is worth another visit in the future. Overall, my blind date in Tuscany turned out to be a very exciting adventure and also one of the most romantic trips I have had. It’s fascinating to meet a stranger and discover all these beautiful places together in a foreign country.